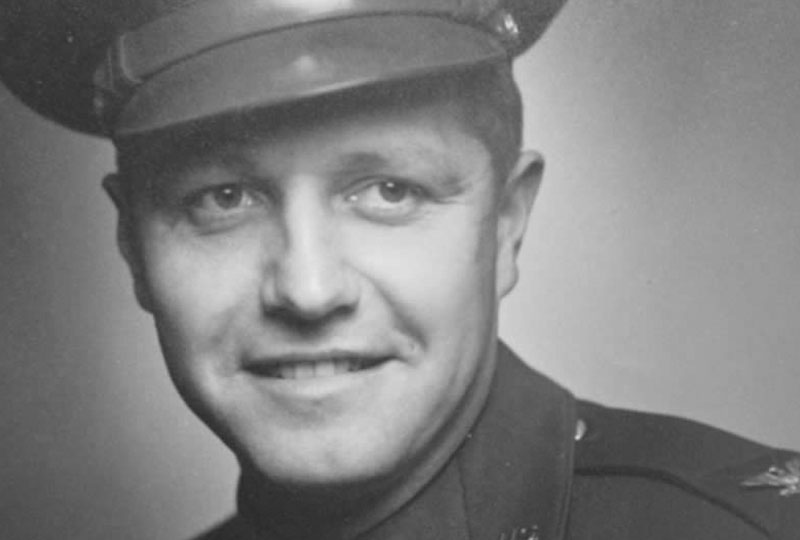 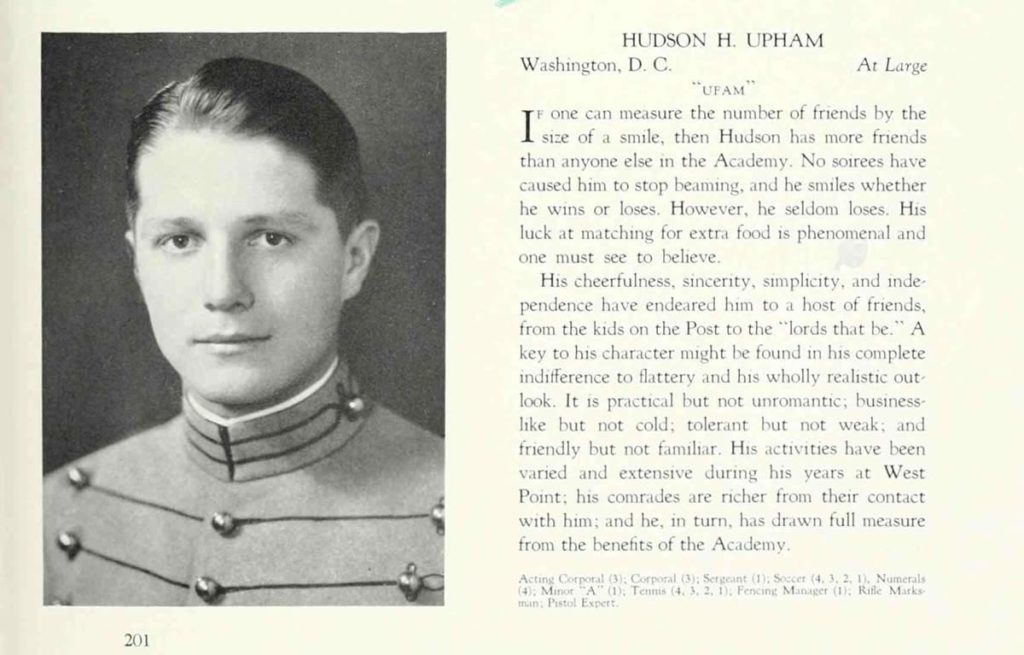 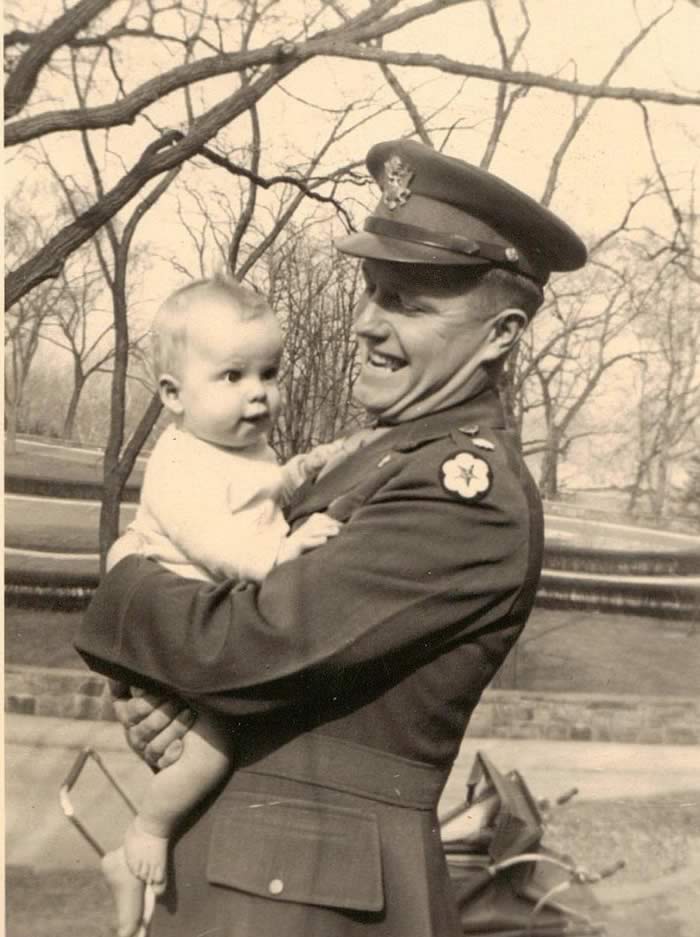 He was the youngest of three boys. His brothers, John S., Jr. and Frank K. Upham, also served in WWII.

In 1939, he and the 18-year old Nancy Moore were married. She had attended school in San Francisco and studied ballet with the San Francisco Opera Ballet. They had two sons, David Upham, born in the autumn of 1941, and Hudson Moore Upham, born in early 1944. The children were 5 years and 2 ½ years old, respectively, when the couple decided to end their marriage in 1946, shortly before the fatal flight.

Col. Upham graduated from the United States Military Academy (West Point) in the class of 1934.

The yearbook said this about Hudson Upham:

“If one can measure the number of friends by the size of a smile, then Hudson has more friends than anyone else in Academy”.

He attended flying schools at Randolph and Kelly Fields, Texas and Hendricks Field, Sebring, Florida. He also went to the Army Air Forces school of applied tactics in Orlando, Fl.

He became Deputy Wing Commander of the 56th Light Bombardment Training Wing, Will Rogers Field, Oklahoma City before being assigned as Deputy Field Commander at Ardmore Field in April of 1943. As Lt. Colonel, he became Commander of the 222nd Combat Crew Training School in May of 1944 at Ardmore until November of 1944.

Promoted to full Colonel, Upham assumed command of the 492nd Bombardment Group in December, 1944. The 492nd had been engaged in “Carpetbagger” operations over France. These missions required dangerous low-altitude flying to carry equipment and especially to drop agents behind German lines in support of the French Freedom Fighters. When Col. Upham took command, the group was training for night bombing missions over Germany. In March 1945, the group resumed “Carpetbagger” missions in Germany.

In April 1945, Col. Upham was appointed to be the Commanding Officer of the 306th BG which remained in Europe after the war ended for duty on the “Casey Jones” Project to map all of Europe using aerial photos.

In January, 1946, Col. Upham was named Chief of Staff for the Traffic Division of the EATS.
Col. Upham received this letter from the Headquarters of the Eighth Air Force. General James H. Doolittle was named Commanding General of the 8th after he led the famed “Doolittle’s Raiders” exploits in the bombing of Tokyo in 1942.
Col. Upham’s elder son, David, lives in Washington, USA, and has two children. Jon Upham, shown here at his grandfather’s grave at Arlington, also served in the United States Air Force. 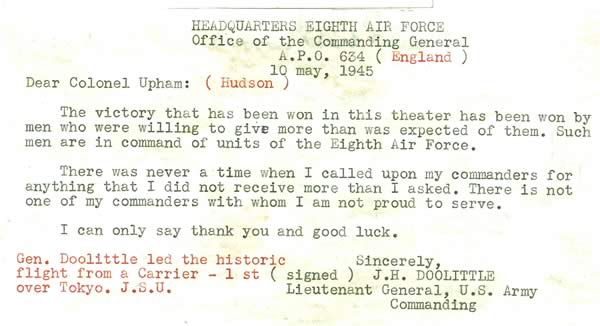 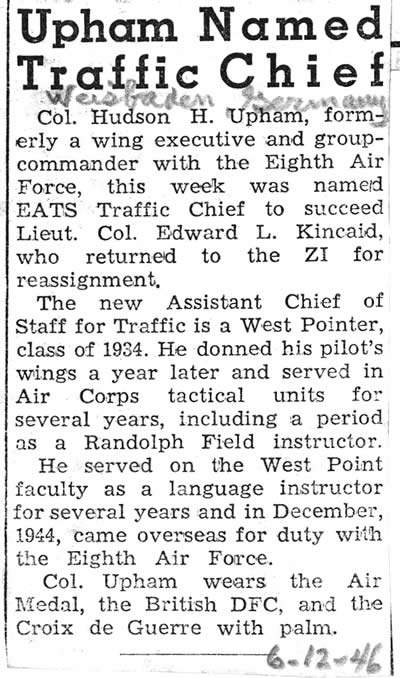